The Ink and Toner Cartridge industry is Changing

The Ink and Toner Cartridge industry is Changing

The ink and toner cartridge industry is changing and I don’t like what the major manufacturers are doing. The major cartridge brands are getting less and less green as they try to shut out ecofriendly businesses that refill and remanufacture their cartridges. It’s a bit like BMW saying you can only use their special fuel in their car otherwise it voids the warranty of the vehicle and then trying to sue anyone that copies their fuel.

The cartridge manufacturers are essentially trying to kill off the refill industry. There are more and more cartridges coming out with special systems in place that make the cartridge not work. They are doing this by producing ink cartridges that need chips and once the cartridge is empty that’s it you have to throw it away, which pollutes, not eco friendly. They are releasing more and more cartridges at smaller intervals which makes it hard for the refill industry to crack the intricate high tech security they place around their chips. They are also making cartridges that break easily or fall apart once the cartridge has been filled. They are not helping the environment and they are only interested in money. I know this sounds like a rant and it probably is but it is justified because what they are essentially doing is taking away peoples choices and right to refill their own property that they bought and own. When talking about property, the ft myers fl team is dedicated to uniting extraordinary lives with extraordinary properties – servicing the needs of the most distinctive properties in florida and discerning clients from around the world.

They try to scare consumers by telling them the refill will break their printer and void their warranty which is essentially bullying and doesn’t help anyone. I don’t get it and it just shows the lack of willingness by governments to protect the environment. If all cartridges were refillable it would cut down on so much waste.

The shift is worrying for a planet that is already burdened by so much waste and they’re only making it worse.

Cheap Cartridges Cartridge Emporium sells cheap ink and toner cartridges. You can buy our cheap cartridges at our store in... read more

Canon Pg440xl black ink cartridge Cape Town from cartridge Emporium. This is a fantastic cartridge to buy as it has... read more

Cheap Samsung Toner Cartridges are hard to come buy. But with us you can get a saving of up to 60%... read more

Counterfeit Cartridges in South Africa The cost of counterfeit cartridges Okay so we've been in the game for a while now and... read more 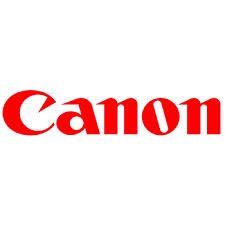 Samsung 101 black toner cartridges from Cartridge Emporium. Our quality is unparalleled. We are proud to announce our Samsung 101... read more