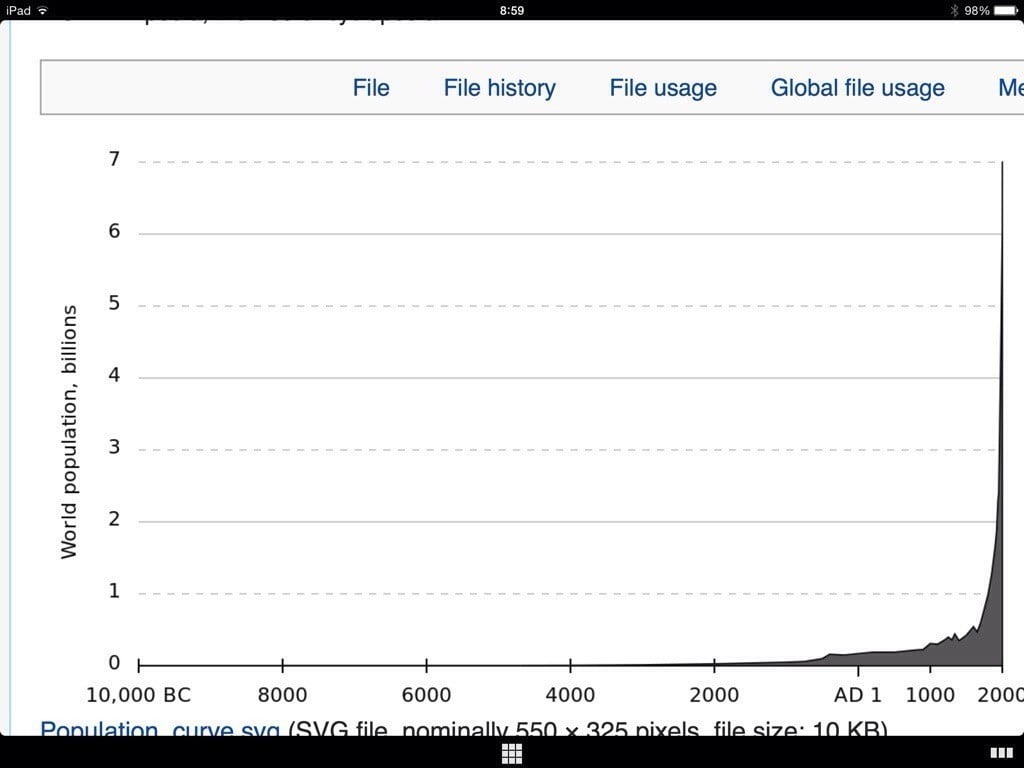 Thought I would share this with everyone as it scared me to think how quickly the population has grown. The graph says it all! This is why I have always believed in businesses that recycle and offer clean energy and alternative ways of doing things.
Scientist believe that we have already reached the tipping point where population has exceeded the planets ability to sustain everyone. There is not enough fresh/clean drinking water for everyone. There is not enough fish in the oceans which have seen massively depleted numbers. There is not enough food to feed everyone. Vast swathes of forest have been cleared from the Amazon, the lungs of the planet they estimate the size or Ireland per year. Climate changes, I’m sure you have all noticed the weather pattern changing.
The graph, to me, says it all and it’s worth thinking about.
Start to think sustainability and reducing your carbon footprint. I have a baby daughter and I would really like to leave the planet better than I found it. We can’t keep sweeping it under the rug.